Five Main Religions in the World

Five Main Religions in the World

There are thousands of religions in the world. Out of these many, five religions are prevalent. These five main religions are Christianity, Buddhism, Hinduism, Judaism and Islam.

Below is an overview of these five religions.

At least 31.5% of the population worldwide are Christians. This makes Christianity the largest religion in the world. More than 2 billion all over the world are believers. While Christianity is widespread in places such as Canada, Mexico, the Philippines, African Nations, European Countries and the Caribbean Islands, the United States of America is known to have the most significant number of Christians.

Versions of Christianity include Catholicism and other protestant denominations. They all differ in their settings and teachings.

In Christianity, followers believe in the existence of the one and only true God. Christians derive their daily teachings from the Holy Bible, which comprises the Old and the New Testaments.

Christians also believe in the Son of God, Jesus, who came into the world to save sinners. Christianity’s central focus is that Jesus was crucified and nailed on a cross, which brought salvation to humanity.

Islam is the second-largest religion after Christianity. It is estimated that at least 1.8 billion of the world’s population are Muslims. Unlike Christians, the Islamic religion believes in Allah as their true God. Mosques are the Islamic places of worship. Muslims have set aside five different times of prayer throughout the day. In the Islam religion, Muslims have at least once in their lives to complete a pilgrimage to the holy city of Mecca. Muslims refer to their holy book as the Quran.

Hinduism was first introduced in India. A study confirmed as of 2018 that 94% of followers of the Hindu religion were from India. Hinduism, just like other religions, has multiple different sects.

Hinduism teaches that God is present in all of creation. The Hinduism faith refers to their God in different names who make their manifestations differently. The main prevalent gods recognized in the Hinduism religion are Shiva and Vishnu. Hindu people prohibit beef, as cows are sacred in their religion.

Siddharta Gautama founded the Buddhist religion in the fifth century. He was in later years known as the Budha. Through giving up so much wealth that he had, Gautama realized that one found it enlightening in sharing.

Buddhism primarily focuses on seeking enlightenment. Buddhist people believe that you can reincarnate or be born again. Buddhists have sacred teachings in the form of scripture, writings, and texts.

Of all five religions, Judaism is the smallest. It is estimated that 14 million people of the world’s population belong to this religion.

Regardless of what religion you are in. It is essential to respect other religions and why they follow the teachings that they do. This way, there will be peace coexisting among people of these different religions. 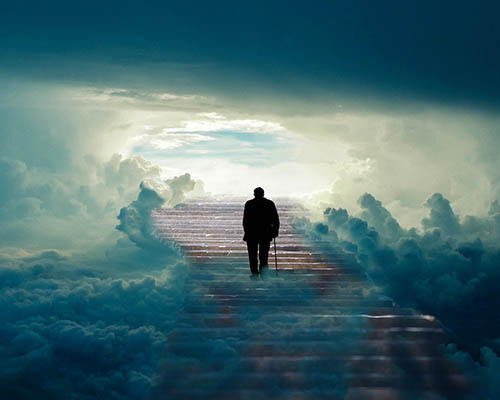 Why Faith is Becoming More

Why Faith is Becoming More Popular Introduction Many people today are still dwelling on the mentality that religion belongs to the past. Because of this, Why are Wars still happening

Why are Wars still happening in the 21st Century? Introduction As we get into advanced years, you would expect that wars between countries and states What are the 4 main

What are the 4 main types of Government? Government is the backbone of any country, and the success of any state or nation depends on

Five Main Religions in the